Time out of time – Work during Lockdown

The Stolen Time series began the week of lock down. My classes were cancelled; I had a whole raft of work in the studio, pieces I had been working on over the past months. Large pieces at various stages of engagement, some complete. I felt the need to radically overhaul my practice to meet the challenge of the day. What can you do to face a pandemic? When the whole country stops in its tracks and holds it breath? I walked to work, over the meadows, crossing the Medway over a rustic farm bridge made of old sleepers. Soon I was stumbling over ploughed fields and had to change my route. Still the planes were grounded the skies unusually quiet, the birds ruled the skies, honey buzzards, black birds, Peregrine Falcons, crested woodpeckers, gold finches and one day, strangely, two white egrets perched on a dead oak looking over the Medway. 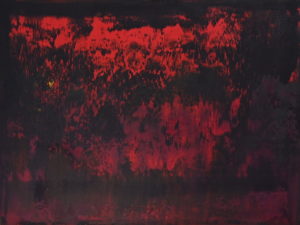 My work was taking a passionate turn, things were becoming urgent, passionate pleas for life, the urgent, complex flexing and layering of colour becoming clearer and clearer as painting after painting was finding completion. I walked into the studio and entered into a kind of ecstasy. I started to over work older pieces, they became stronger, clearer for it. The march was on as the Spring tide greening raced all around me the paintings kept coming, idea after idea found its way through the studio, thoughts and feelings percolating through finding room to lodge and take effect, calling up colour mood, colour conversations babbled around the walls of my studio. Soon I had no space left, I had run out of canvas and stretchers. I ordered 20 more, stretched and readied them, leaning one against the other. I re-built my painting wall to accommodate larger canvases, 200 x 150 cm my largest to date (still insignificant in comparison to the realities of the crisis). 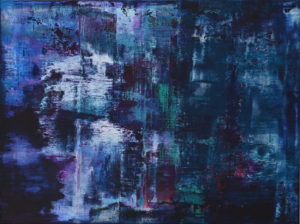 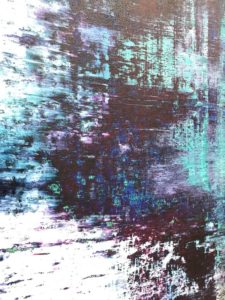 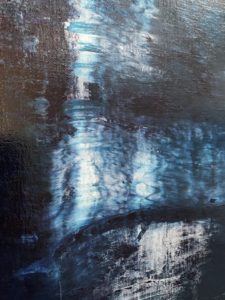 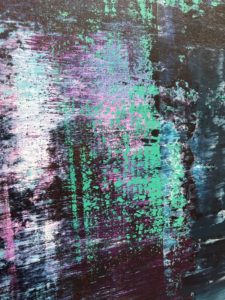 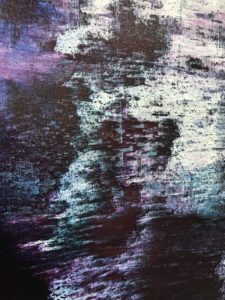 In June when many of us should have been opening our studios to the public as part of South East Open Studios I was interviewed by the BBC in an attempt to raise awareness of the SEOS event and the sudden and rather catastrophic dearth of opportunities for artists to sell and promote their work. It led to the possibility of one sale, which is still in negotiation. The world has changed and is changing still, it is as if we’ve been thrown into the future, in many ways life has compressed. Time has been stolen from us….

‘The quest for certainty blocks the search for meaning. Uncertainty is the key condition to impel man (sic) to unfold his powers.’